Below is Brooke's Story that was shared at the CSF Dinner Dance for a Cure.  I wanted to share all of our stories here too.  I will post Aidan and mine later on.
My Brave Girl!

Brooke started having seizures around 18 months.  The docs were having trouble determining what was causing the seizures.  Brooke had an MRI, and we discovered she had a Chiari I Malformation.  The only reason I knew anything about this was from seeing an episode about Chiari on Extreme Home Makeover.  I went home and found online the family that was on the show.  I emailed Julie Carter, and she put me in touch with someone local.  Through conversation and several opinions, we ended up in New York at The Chiari Institute.  Before we even had our first appointment, Brooke's seizures stopped.  I truly believe she had these so we would find Chiari. 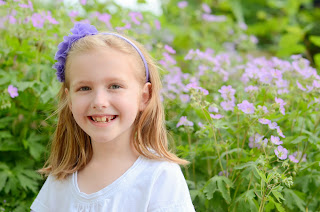 Our first appointment with Dr B was very helpful, and calming.  We felt that Brooke was in a watch and see place.  So we let her grow, and her little body develop.  Over the next few years her symptoms increased.  She had terrible headaches, bladder/bowel issues, choking, sleeping disturbances, and terrible leg pain.  In the summer of 2010 her choking became so bad it was hard to even get liquids in.  At this point we felt we could wait no longer.  In August of 2010 Brooke had a posterior fos decompression.  The surgery went really well. The recovering went well.  We felt all in all the surgery was a success. 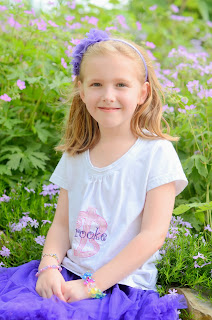 Several months after the surgery Brooke was still having terrible leg pains and bowel/bladder issues.  At this point, she was set up to have a tethered cord release. She was also given a c-collar because her pannus muscle was enlarge and she had some cervical cranial instability.  In April of 2011 she had a TC release.  Thankfully our doc was amazing.  He noticed right away something was wrong when he opened her up. He found that her cord was wrapped very high at the top of her L-spine.  He was able to perform the surgery.  Again this surgery was a success. Very short healing time, and Brooke could walk again without severe pain.

Brooke is now 3 1/2 years post op.  She has some headaches and wears out easily.  Brooke has some restrictions, but otherwise is a normal seven year old.  She still wears her c-collar to protect her neck.  The good news...her pannus muscle is shrinking and the instability is getting better!  Our hope is Brooke's body will continue to heal itself with time.  We are so thankful for our doc who stuck with us, and continues to help Brooke!

** A special thanks to Colleen Shawk at {we love your love} photography
Posted by Melinda at 8:10 PM